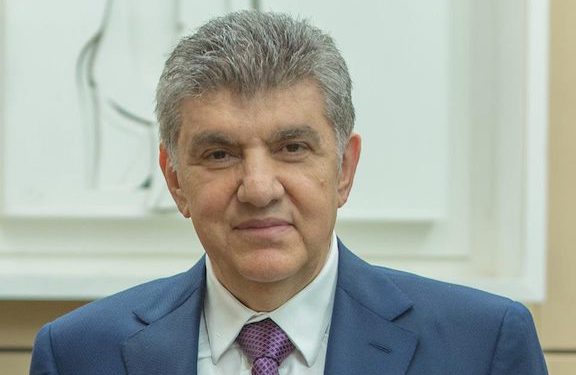 The president of Union of Armenians in Russia, Ara Abrahmyan, played a key role in the release of American prisoner Trevor Reed, who was being held in Russia since 2019.

Former New Mexico Governor Bill Richardson, who was also the U.S. Ambassador to the U.N. mediated a the release when he secretly traveled to Moscow hours before the Russian military offensive against Ukraine began back in February.

Richardson, through his eponymous Richardson Center, has been working behind the scenes to secure Reed’s release.

Richardson personally thanked Abrahamyan “for his help in support of the efforts to release Trevor and others.” He also praised Abrahamyan during an interview with CNN on Thursday.

It was announced on Wednesday that Reed was being released through a prisoner swap between Moscow and Washington, which exchanged convicted Russian drug dealer Konstantin Yaroshenko.

Richardson told CBS News that he is also working on the release of Paul Whelan, another American being held prisoner in Russia and said Whelan and WNBA star Brittney Griner, who was detained in Moscow shortly after the Ukraine offensive should be released.

“Over the last two years we have been working closely with Trevor’s parents, Paula and Joey, as well as their trusted representative, Jon Franks, trying to secure Trevor’s safe return home. In this effort, we have had many engagements with our Russian counterparts, and have recently travelled to Moscow, on a private humanitarian mission, to meet with Russian leadership and discuss Trevor’s and Paul Whelan’s release,” said a statement by the Richardson Center on Wednesday.

Abrahamyan has had a prominent role in developing and advancing relations between the Armenian community in Russia and Armenia. As president of the Union of Armenians in Russia and also the chairman of the Armenian World Congress, Abrahamyan has also led efforts to secure Russian investments in Armenia. As a philanthropist, Abrahamyan personally, as well as the Union of Armenians in Russia have helped efforts in various sectors of development in Armenia.