Snap Elections Are A Necessity In Post-War Armenia 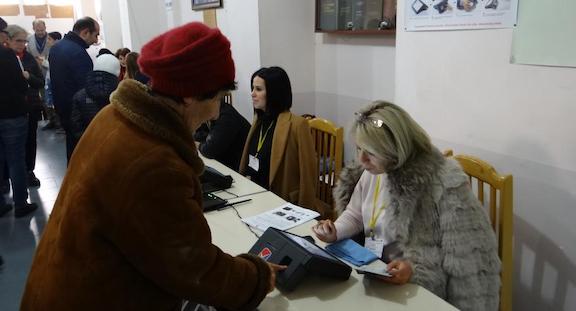 The Republic of Armenia’s ruling My Step Alliance has issued a controversial announcement that can only be interpreted as a back-pedaling from their leader, Prime Minister Nikol Pashinyan’s stated intention to hold snap parliamentary elections following the capitulating conclusion of the latest Nagorno Karabakh war initiated by Azerbaijan, which has resulted in Baku’s continued expansion into southern Armenia rubbing salt on wounds caused by their occupation of a significant portion of Artsakh.

There is an ongoing debate about who is best placed to govern Armenia in the lead-up to snap elections. There are reasons this debate has been afforded undeserved legitimacy. However there is no legitimacy for reversing the absolute necessity to hold snap elections and test the mandate of the Pashinyan Government due to what represents a significant paradigm shift since their rise to power in 2018.

In April-May 2018, a massive number of citizens spilled onto the streets of Yerevan to prevent a power grab by unpopular former President Serzh Sarkisian, who had tried to take advantage of constitutional changes converting Armenia into a parliamentary democracy by attempting to own the new, all-powerful prime ministership of the country. Pashinyan took initial control of a unity government, before his My Step Alliance was comprehensively elected on an anti-corruption platform. Their rule began well enough, and despite vengeful divisiveness separating whites (the new) from blacks (the formers), the euphoria of the Velvet Revolution carried through to the poorly-managed COVID-19 crisis and then the devastating end to a war which exposed state-sanctioned dishonesty.

These crises have resulted the loss of 7-10,000 Armenian lives, the displacement and injury of many others, hundreds of prisoners of war in Azerbaijani captivity, as well as the continued shrinkage of the Armenian nation, which faces deficits in trust, security, diplomacy and economy. If this altered environment is not reason enough to return the people to the polls to either win or lose their mandate, then the country’s very democracy is threatened.

How we reached this point
Since the “end” of the war, one must try to be objective in considering how we arrived at an all-consuming debate about who should lead Baghramyan 26 (Prime Minister’s residence) ahead of snap parliamentary elections.

Therefore at face value, while the parties involved in the political process seem in agreement that there should be snap elections where the people would have a democratic say in their next government, they differ in their approaches on who should lead the country to those polls. These differences expose the real lack of any unity in approach by both opposition and government powers, which has afforded undeserved legitimacy to a debate that has halted political progress at a time the country needs certainty in unity.

Why the back-pedal?
The Pashinyan Government’s back-pedaling from offering snap parliamentary elections is confusing. While public polling is unreliable in Armenia, it looked as though their narrative that the opposition was trying to prevent the people’s voice was winning them enough support to continue assuming the role as front-runners at inevitable snap elections.

While some claim the stated desire for snap elections by the ruling alliance was never legitimate, another possible reason could be a recent declaration by former President Robert Kocharyan, who has emerged as the most likely challenger to Pashinyan as the next leader of an elected government in Armenia. In a widely-circulated interview, Kocharyan recognized that the impasse caused by the debate over interim leadership was benefiting the existing rulers, therefore declared his intention to participate in snap elections, even if they were arrived to under the current government’s leadership and with Pashinyan as a candidate.

It wasn’t long after this challenge that the Pashinyan Government suggested there was a lack of broad support for snap parliamentary elections.

While Bright Armenia and the “street” opposition did not echo Kocharyan’s backing for snap elections regardless of process, they have justifiably proceeded to lambast the Pashinyan Government for their attempt to reverse what should be irreversible. Whether their message will resonate in the streets, where every other message they have tried to convey has failed, remains to be seen.

The Pashinyan Government has undoubtedly benefited from the remnant impacts of their euphoric rise to power in 2018, especially thanks to the nostalgia offered by a “street” opposition, which is made up of the next generation of the political forces My Step managed to usurp with the Velvet Revolution.

Did these “street” forces perform a tactical miscalculation and overestimate their appeal to the populace by hoping that the capitulation in Artsakh would be enough to ensure people forget the past rejection of their brands? Would they have been better served to unite behind the likes of Bright Armenia, President Armen Sarkissian and other anti-Pashinyan powers who are less unpopular in the eyes of the electorate? These are questions they will grapple with in time.

Snap Elections are non-negotiable
A fact that is not in question is that the inability of the opposition to agree on an approach or publicly back initial calls for snap parliamentary elections, is being taken advantage of by Pashinyan, who does not deserve the benefit of a free ride in public office after clumsily leading Armenians to catastrophe while repeatedly lying to the electorate during the 44-day war.

I am of the belief that Pashinyan should have exited politics on the day the one-sided ceasefire agreement was put in front of him, if not earlier, when he realized he lacked the competencies to protect his people free of prejudice and vengeance during a time that only required leadership that would unite.

I now believe the people of Armenia will realize that it is okay to not want this defeated regime to stay in power, while at the same time not wanting a return to the corrupt old days.

It is time for snap parliamentary elections, as the citizens of post-war Armenia need to have their say. Whoever denies them this right is holding Armenian democracy to ransom.

Haig Kayserian is the Executive Director of the Armenian National Committee of Australia, with a Bachelors in Media & Cultural Studies (Macquarie University) and is currently completing his Masters in Politics & Policy (Deakin University). His background is in running technology companies.