The Culture of Trust or Lack of It 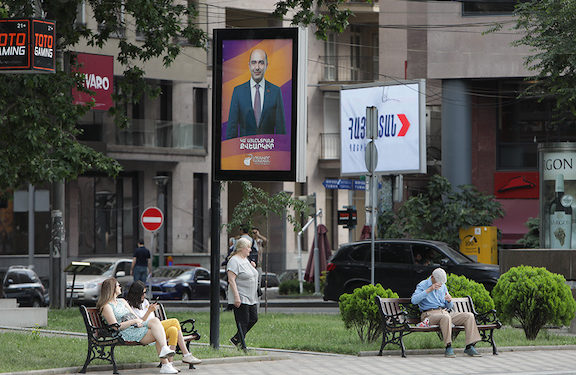 The past year has been a crucial time for our Nation and our people.

We fought a war in Artsakh, incurring large casualties and the loss of territories to Azerbaijan. We also continued to struggle, like the rest of the world with the Covid 19 pandemic and its devastating consequences on Armenia’s economy and health system.

In this dire environment, our countrymen are facing special elections on June 20 to elect a new parliament and a prime minster, the current one having been discredited for the agreement he signed with the enemy at the end of the war that left us with massive losses and a defeat.

Complicating the matter is that the people faced with a choice to bring back to power a former president, who was being investigated for corruption, another who was charged with breaching Armenia’s constitutional order, and newly independent Armenia’s first president, who ironically was calling for an untimely truce between Armenia and Turkey.

One would think that in these dangerous and unstable times, Armenian political forces and parties, both in the Homeland and the Diaspora, would be concerned in uniting their efforts to both physically and morally defend our borders from enemy intrusions and to support efforts to end the spread of the contagious virus.

Unfortunately, all signs point in the direction of internal struggles, both inside and outside Armenia, with the aim of gaining control of the parliament and the government. This is a short term goal and will not offer any real success or an exit to our compatriots from the politically untenable situation we find ourselves presently.

The Covid 19 virus attacked the world’s population with no discrimination and extended its tentacles to every corner of our planet. However, those countries that had the foresight to look ahead and engage in vaccinations quickly, were able to stop the spread and to return to a somewhat normal existence, thus, gaining back control of their economies. It is true that financial resources play a large role in achieving success, however a disbelief in science, coupled with state incompetency and primitive thinking filled with conspiracies and unfounded rumors has also kept back our countrymen from planning early on vaccinations and overcoming fear and complacency.

In the political arena, we are faced with special elections in a few days during which Armenian citizens have to make one of the most crucial decision of their lives.

Unfortunately, there is so much confusion and mistrust in the public toward public officials and institutions that people are faced with impossible choices and frustration toward an unknown future. The mistrust toward government institutions is the result of both failed policies, misguided judgments by elected and appointed public officials and misinformation about real facts, such as the military situation on our borders or the real efficacy of Covid vaccines and their side effects .

In my humble opinion, our attention, at this juncture of history, should be focused on rebuilding the trust of individuals toward government institutions, be that in the legal, military and all other sectors that contribute to a stable governance of the country. These institutions are the ones that will sustain our independence and security from enemies both within and outside of our borders.

We need institutions that are transparent and accountable to the people , which in turn will promote a culture of reciprocal trust between them and the citizens they represent.