Threats Against Armenians in Turkey Intensify 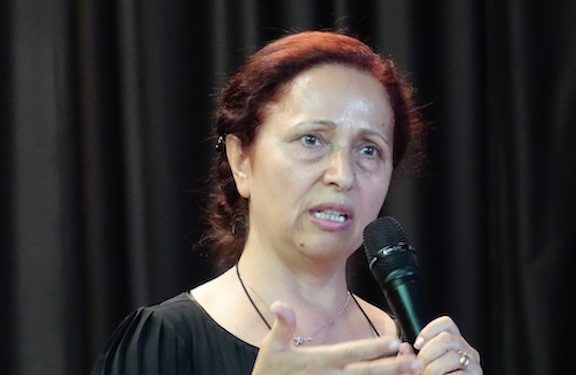 Days after an attack and vandalism on a second Armenian church in Istanbul, the Hrant Dink Foundation reported receiving death threats via email against Dink’s widow, Rakel, and the organization.

Upon receiving the threats on May 28, the Hrant Dink Foundation filed a report with the police. Turkey’s Interior Ministry on Saturday announced that suspect was taken into custody on suspicion of sending the threatening messages.

According to Daily Sabah, the suspect, identified as a 25-year-old professional tile layer, was in the possession of a cell phone that is believed to have been used to send the threats. Authorities confiscated the cell phone and the suspect is in custody in Istanbul.

“Let’s just say you’ll have to flee or you’ll have to die – and this time it will be Rakel Dink and that lawyer who [will] get it,” said the death threat email, according to a statement issued by the Hrant Dink Foundation.

“We may turn up one night, when you least expect it,” was another phrase used in the threat. This phrase was used around the time of Hrant Dink’s assassination on January 19, 2007.

According to the statement, the threat also accused the Hrant Dink Foundation of “weaving tales of harmony” between Turks and Armenians.

“The recent rise in unconstrained hate speech and racist, discriminatory discourse only serves to trigger, encourage and instigate such horrendous attitudes. It is the duty and responsibility of all actors engaged in politics in Turkey to work towards ensuring equality, freedom and justice for all citizens. We therefore believe that it is our duty to share this statement with the public to remind the authorities of their responsibilities and to emphasize the serious nature of the climate that has been created,” said the Hrant Dink Foundation statement.

The United Staes Commission on International Religious Freedom on Wednesday issued a statement of Twitter saying, “USCIRF is concerned by reports of attacks on Armenian churches, threats against the Hrant Dink Foundation (@HrantDinkFnd), and other incidents contributing to a sense of fear and insecurity among religious and other minorities in #Turkey.”

“This wave on anti-Armenian attacks – committed during the very week that the White House issued an Executive Order prioritizing the promotion of international religious liberty – has yet to be condemned by the Administration,” said Armenian National Committee of America Executive Director Aram Hamparian.

“Our U.S. Ambassador in Ankara, David Satterfield, needs to demonstrate – with his words and actions – that the United States will not tolerate intimidation, incitement, and violence against at-risk Christians on the territory of present-day Turkey. He can start by personally paying a call on the Hrant Dink Foundation and visiting one of the targeted Armenian Churches,” added Hamparian.

Kalashnikov Rifles to be Manufactured in Armenia in July