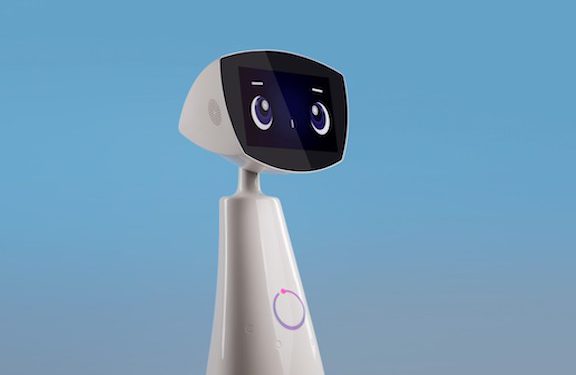 The first Armenian artificial intelligence-based “Robin the Robot” was recognized as one of the best innovations of 2021 by TIME Magazine.

The magazine’s annual list of “100 Best Innovations,” was published this week and described the robot as a “compassionate companion.”

“When an 8-year-old pneumonia patient at a clinic in Armenia had barely eaten for two days, the medical staff brought a new face into her room: Robin the Robot,” began the description of the article penned by the magazine’s Nik Popli.

“After about 20 minutes of discussing favorite animals and playing a game of I Spy, Robin said goodbye, vowing to return only if the patient promised to eat. Sure enough, she dug in,” added the magazine.

“With big, googly eyes and a cheerful personality, Robin is an AI-based companion designed to ease anxiety and loneliness among children in hospitals and clinics. ‘The goal was to create a technology that’s not just a device—but a peer and friend,’ says entrepreneur Karen Khachikyan, Robin’s proud parent,” explained TIME.

“The robot is like a real-life Pixar character that can recognize a child’s emotions and respond based on stored memory, even explaining medical procedures in a simple way. Robin is being used in 12 facilities worldwide and is set to be deployed in another 100 in the U.S. over the next 12 months,” added the piece.