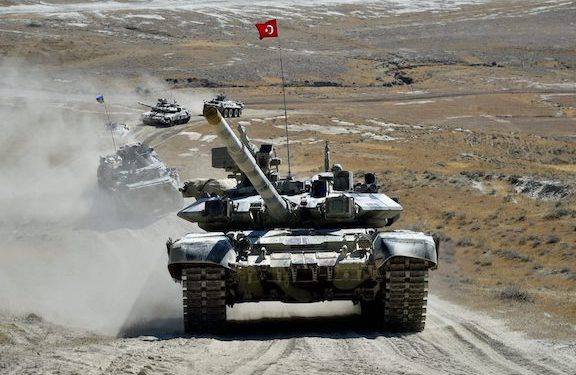 The armed forces of Turkey and Azerbaijan kicked off joint military drills in Baku on Monday, deploying tanks, helicopters and drones in an effort to improve the two countries’ combat interoperability, Azerbaijan’s defense ministry said in a statement.

“The main purpose of the exercises is to improve interaction between the two countries’ army units during combat operations, to develop the commanders’ military decision-making skills and their ability to manage military units,” the Azerbaijani defense ministry said in a statement.

The drills, called “Mustafa Kemal Ataturk – 2021,” will last until Wednesday, involving up to 600 personnel, around 40 tanks and armored vehicles, and seven helicopters.