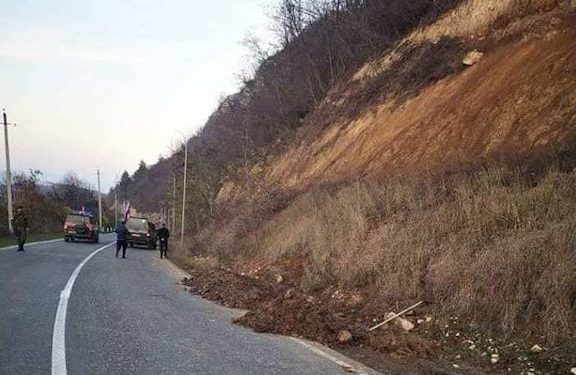 The site where an Artsakh civilian was shot by Azerbaijani forces

The State Department condemned the killing of an Artsakh resident outside of occupied Shushi by Azerbaijani forces, who opened fire on four civilian workers of the Artsakh Water and Sewage Service, killing 22-year-old Martik Yeremyan and injuring the other three.

The Russian Defense Minister on Tuesday confirmed that shots had been fired from the Azerbaijani side, adding that the Russian peacekeeping forces have launched an investigation.

“We condemn the violence that caused the death of an Armenian civilian,” read a statement posted on the Twitter page of the State Department’s Bureau of European and Eurasian Affairs.

“We urge Armenia and Azerbaijan to intensify their engagement including through the Minsk Group Co-Chairs to resolve all outstanding issues related to or resulting from the [Nagorno-Karabakh] conflict,” the statement added.

The United States also called on Armenian and Azerbaijan to expend more efforts to resolve the Nagorno-Karabakh conflict, which the U.S. has said has not been resolved.

“We urge Armenia and Azerbaijan to continue and intensify their engagement, including under the auspices of the Minsk Group Co-Chairs, to find comprehensive solutions to all outstanding issues related to or resulting from the Nagorno-Karabakh conflict,” Ned Price, the U.S. State Department spokesman, said in a statement issued late on Monday.

The statement was timed to coincide with the one-year anniversary of the November 9 agreement that ended military actions in Artsakh, but forces Armenia to surrender territory from Armenia and Artsakh to Azerbaijan.

“We extend our deepest condolences to the families of those killed and injured during the hostilities last year,” said Price. “We call for the return of all remaining detainees, a full accounting of missing persons, the voluntary return of displaced persons to their homes, comprehensive humanitarian de-mining of conflict-affected areas, and access by international humanitarian organizations to those in need.”