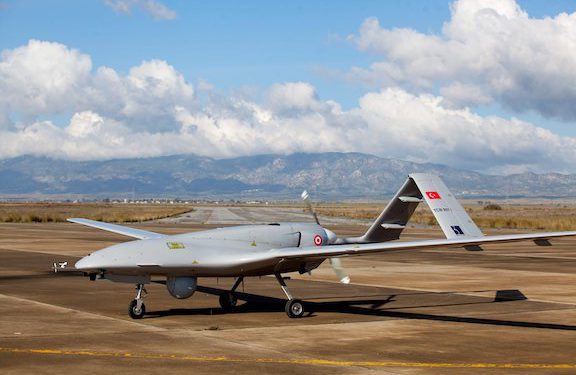 Ukraine on Wednesday signed a memorandum to establish joint training and maintenance centers for Turkish armed drones, a statement on President Volodymyr Zelenskiy’s website said, according to Reuters.

Ukraine has previously purchased the drones from the Turkish defense technology company Baykar to bolster its armed forces.

Baykar has sold its Bayraktar TB2 armed drone to Azerbaijan, Ukraine, Qatar and Libya. Canada scrapped export permits for drone technology to Turkey in April, after concluding that the equipment was used by Azerbaijani forces fighting Armenians in Artsakh.

“We have been waiting for this moment for a long time. This is an important event for us,” Zelenskiy said after the signing of the memorandum with Baykar.

The memorandum was a step toward a joint Ukrainian-Turkish production of the drones, the statement said.

The announcement by Ukraine comes a day after Turkey’s President Recep Tayyip Erdogan met with Kyiv’s nemesis Russian President Vladimir Putin in Sochi. Erdogan, this summer, also expressed support to Ukraine, angering Moscow, which maintains that its actions in its neighboring country cannot be deemed as an invasion.