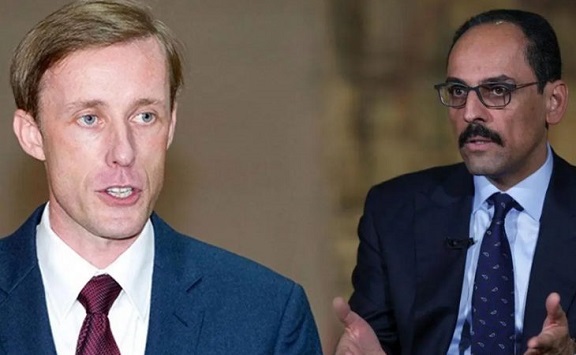 According to Turkish state-run media, the Karabakh conflict was among topics, including Syria, Libya and Afghanistan that were discussed by the two top leaders. No specific details on the subject of Karabakh were publicized. The White House did not include a mention of Karabakh in its readout of the call.

“We must also reassess our relationship with Turkey, which has always been complex, but has become increasingly untenable as Turkish President Recep Tayyip Erdogan has amassed autocratic powers while undermining U.S. interests. In addition to encouraging, arming, and supplying Syrian mercenaries to wage war in Nagorno-Karabakh, Turkey’s actions in Syria have set back U.S. interests and endangered our forces,” Speier and Schiff stressed in the op-ed.

U.S.-Turkey relations have been in a downward spiral in recent years with tensions escalating when Ankara opted to purchase the S-400 air defense system from Russia, in defiance of NATO agreements.

At the end of last year, Congress overwhelmingly approved sanctions against Turkey when voting on the 2021 Defense Appropriation bill—a move vetoed by President Donald Trump forcing Congress to overwrite the veto.

Turkey’s ongoing feud with Greece in the eastern Mediterranean Sea and the Cyprus issue were also touched on by Sullivan and Kalin.