Human Rights Organizations Warn of Risks of Genocide in Artsakh 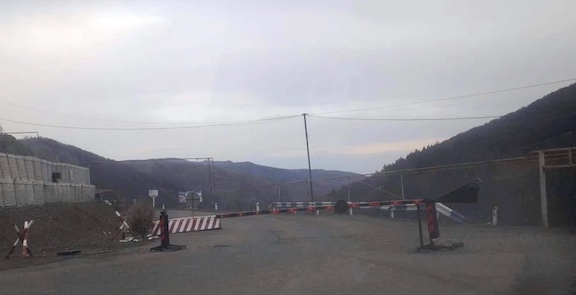 A group of human rights organizations has issued a collective Genocide Warning for the population of Artsakh.

“All 14 risk factors for atrocity crimes identified by the UN Secretary-General’s Office on Genocide Prevention are now present,” the groups, which include Genocide Watch, the International Association of Genocide Scholars and the Baroness Cox-led Christian Solidarity International wrote.

The Genocide Warning was triggered by Azerbaijan’s decision to impose a blockade on the Republic last Monday, December 12. Azerbaijani activists and soldiers blocked the Stepanakert-Goris Highway through the Lachin corridor, the only road connecting the 120,000 Armenians of Artsakh to the outside world.

Since then, the shipments of food, fuel, and medicine on which the region’s civilian population depends to survive have come to a halt. Local authorities have warned that a humanitarian disaster will occur if the blockade is not lifted.

In addition to the blockade, the organizations noted that, “The government of Azerbaijan has long promoted official hatred of Armenians, has fostered impunity for atrocities committed against Armenians, and has issued repeated threats to conquer not only Nagorno Karabakh, but also Yerevan, the capital of Armenia, by force.”

John Eibner, the president of Christian Solidarity International (CSI), commented on the Genocide Warning: “The process of the Armenian Genocide has been ongoing since the Ottoman massacres of the late nineteenth century. Now, by placing Nagorno Karabakh under blockade, the dictatorship of Azerbaijan is clearly telegraphing its intent to carry out another phase of the Genocide.”

“If the world’s many collective commitments to preventing atrocities mean anything at all, the international community must act now, collectively, to protect the civilian population of Nagorno Karabakh.”

The statement concluded with a call to “all contracting parties to the Convention on the Prevention and Punishment of the Crime of Genocide, particularly the United States, the United Kingdom, and the Russian Federation, to fulfill their obligations, through the UN Security Council, to prevent another chapter of the Armenian Genocide.”

“We also call on the UN Security Council to act to ensure unrestricted humanitarian access for all international organizations to Nagorno Karabakh, in accordance with the Fourth Geneva Convention,” the organizations wrote.

All concerned actors and organizations are invited to add their signature to the statement.