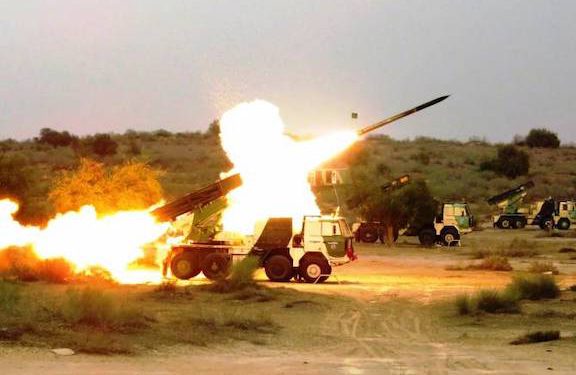 India reportedly will supply Armenia with arms and ammunition in a deal signed between the two governments worth an estimated $250 million, The Economic Times reported on Thursday.

According to the report, the delivery of the arms is slated to take place within the coming months.

Sources told the Economic Times that the order also includes the export of Indian-manufactured Pinaka multi-barrel rocket launchers that are already being used by the Indian military. The deal also reportedly includes anti-tank rockets, as well as range of other arms and ammunition.

India Today, a leading television channel in the country, hailed the deal as a success for India’s military industrial complex.

Pinaka is a multiple rocket launcher produced in India and developed by the Defense Research and Development Organization (DRDO) for the Indian Army. The system has a maximum range of 40 km for Mark-I and 60 km for Mark-I enhanced version, and can fire a salvo of 12 rockets in 44 seconds. As of 2019, an upgraded guided missile version of the system has been test-fired, with a range of over 90 km, the India-based WION news agency reported.

The name of the weapon is symbolic – The Pinaka is the celestial bow of the Hindu warrior deity, Shiva.

Described as a long-range rocket artillery system, the Pinaka works as a group of up to 6 launcher trucks that coordinate their firing attack at a designated target or area.

India has been looking to boost its arms exports and has taken various measures to enhance domestic production under its ‘Make in India’ policy, WION added.