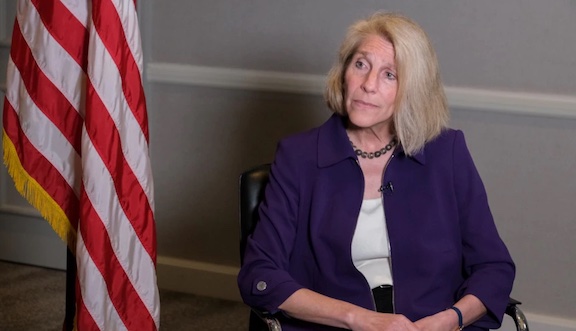 Yerevan cautioned the United States on Friday about the continued threat of Azerbaijani provocations on Armenia’s sovereign territory.

Emphasizing the efforts made by Armenia to establish peace, Mirzoyan told Donfried that the situation in the region remains volatile and the probability of renewed aggression by Azerbaijan was high, the foreign ministry said in an announcement.

The foreign ministry said that the United States’ willingness the peace process in the South Caucasus was highlighted during the conversation.

Donfried held a similar telephone conversation Thursday with Azerbaijan’s foreign minister, Jeyhun Bayramov, who reportedly complained to the U.S. official about the “illegal usage” of the Lachin corridor—the only road that connects Armenia to Artsakh.

Last Saturday, a group of Azerbaijani dressed in civilian clothes blocked the Lachin corridor in what later Baku called an environmental assessment effort. With the meditation of the Russian peacekeeping contingent in Artsakh, the road was later opened, however, tensions in the region remain high.

According to Azerbaijan’s foreign ministry, Donfried and Bayramov also discussed the efforts to achieve a peace treaty between Armenia and Azerbaijan, as well as the same border-related issues that were discussed with Mirzoyan on Friday.

Donfried has said that the U.S. supports the processes in the South Caucasus based on decision reached by the leaders and foreign ministers of Armenia and Azerbaijan.